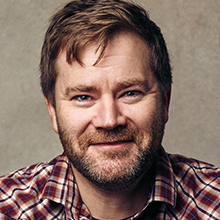 As President and Co-Founder of Valencell, Inc., Dr. LeBoeuf has developed ongoing strategic partnerships between Valencell and leaders in industry and academia. He has raised more than $10M in funding for Valencell and is the inventor/co-inventor of more than 50 granted patents, including dozens of foundational patents in the field of accurate wearable sensors. Prior to Valencell, LeBoeuf led the optoelectronic biosensor program at GE Global Research, where he managed the development and productization of biosensor systems and developed cutting-edge nanosensor technology. Before joining GE, LeBoeuf developed optoelectronic solid-state materials and devices while researching at North Carolina State University. Dr. LeBoeuf holds a Ph.D. in Electrical Engineering from N.C. State and a B.S. in Mathematics and Electrical Engineering from Louisiana Tech University.

From “Me” to “We”: The Community of Wearables