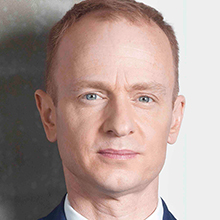 CuteCircuit introduced internet connected clothing and haptic telecommunication with the Hug Shirt in 2002 (awarded by Time magazine as one of the Best Inventions of the Year in 2006), the Galaxy Dress in 2008 (permanent collection of the Museum of Science and Industry in Chicago), and the SoundShirt a 2018 honouree of Fast Company Innovation by Design Awards and now on show at Cooper Hewitt Museum. CuteCircuit most recently collaborated with Chanel and Converse.