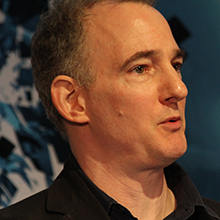 Andy is the co-founder and CMO of Internet of Things smart products platform pioneer EVRYTHNG. He established the first international Internet agency in 1994, which merged with Agency.com in 1997 where he was European MD then Chairman. Andy co-founded award-winning sustainability non-profit Do The Green Thing in 2007. A former FT technology columnist and member of Gartner’s advisory board, and speaker at numerous conferences including TED main stage, Andy has been listed among the 100 top digital influencers by Wired UK and was inducted into the British Interactive Multimedia Association’s Digital Hall of Fame. He has yet to receive royalties from obscure music released by minor independent record labels in Europe.

The Science of New Retail Behavior